I had wanted to grow leeks for a long time. There is something unique and mysterious about a leek.

Originally I made a few feeble attempts to grow them in the past and failed. But the last couple years were different. After reading up on how to grow them I have had the pleasure of harvesting great leeks for the past few seasons. I discovered that they are actually fairly easy to grow, it just takes a little planning and diligence to make them turn out nicely.  I like to start my seeds in a flat in January or February and let them grow. In the spring when they look like thin blades of grass I transplant them into rows about a foot apart in the garden. Throughout the season I try to keep them weeded and hill the dirt up around them a couple times. Then I like to mulch them , the first year I used  thick straw but now I prefer wood shavings, they are easier to work with. The reason for hilling and mulching leeks is to create long white tender stalks. They grew beautifully and a few weeks ago I started harvesting lovely leeks. They are also quite hardy and can be left in the garden well into the fall.

Leeks are a vegetable related to onions and garlic. And like garlic and onions they are full of healthy nutrients. Leeks taste like mild onions. The edible portions of the leek are the white base of the leaves and the light green parts. The dark green leaves are usually discarded because they care more tough and fibrous.  One popular use is for adding flavor soup, but they are also excellent sauteed and added to sauces with chicken or fish.

It is thought that leeks are native to the Mediterranean area and Asia. They have been cultivated for more than 3,000 years and have long been popular in Europe. Leeks are even mentioned in the Bible after the children of Israel left Egypt, as a food that was greatly missed. ( Numbers 11:5)

Another simple way to use leeks is to gently saute 3 or 4 sliced leeks in butter until tender. Add cream and gently simmer until thickened. Season with salt and pepper. Serve with baked salmon. Delicious! 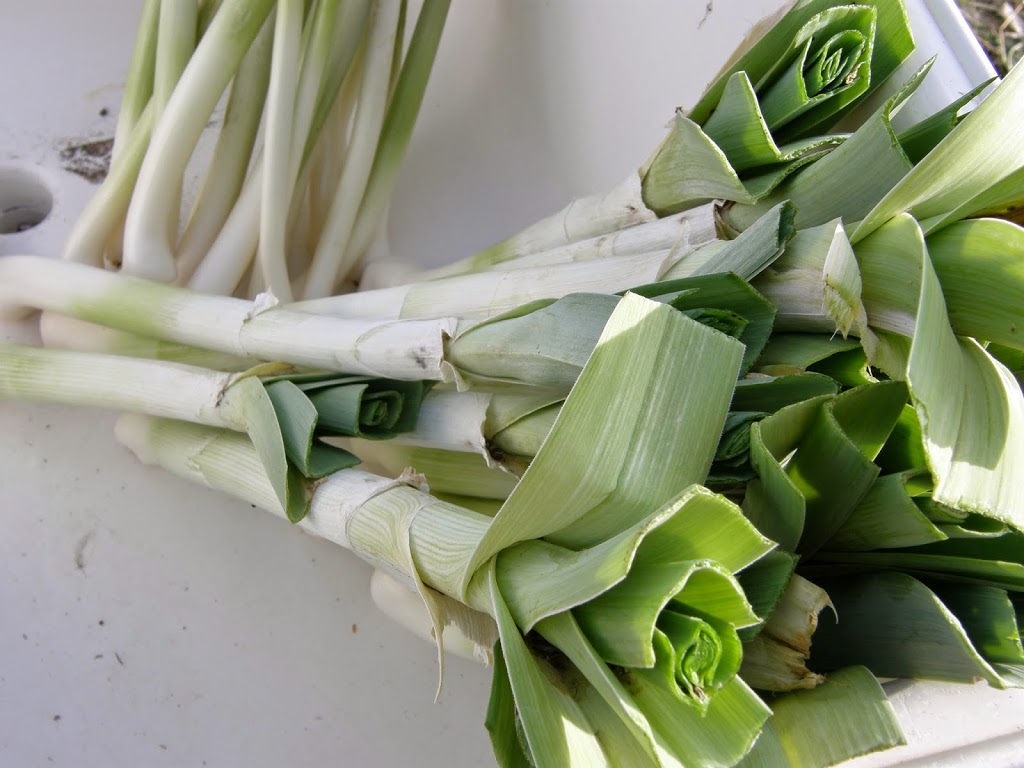 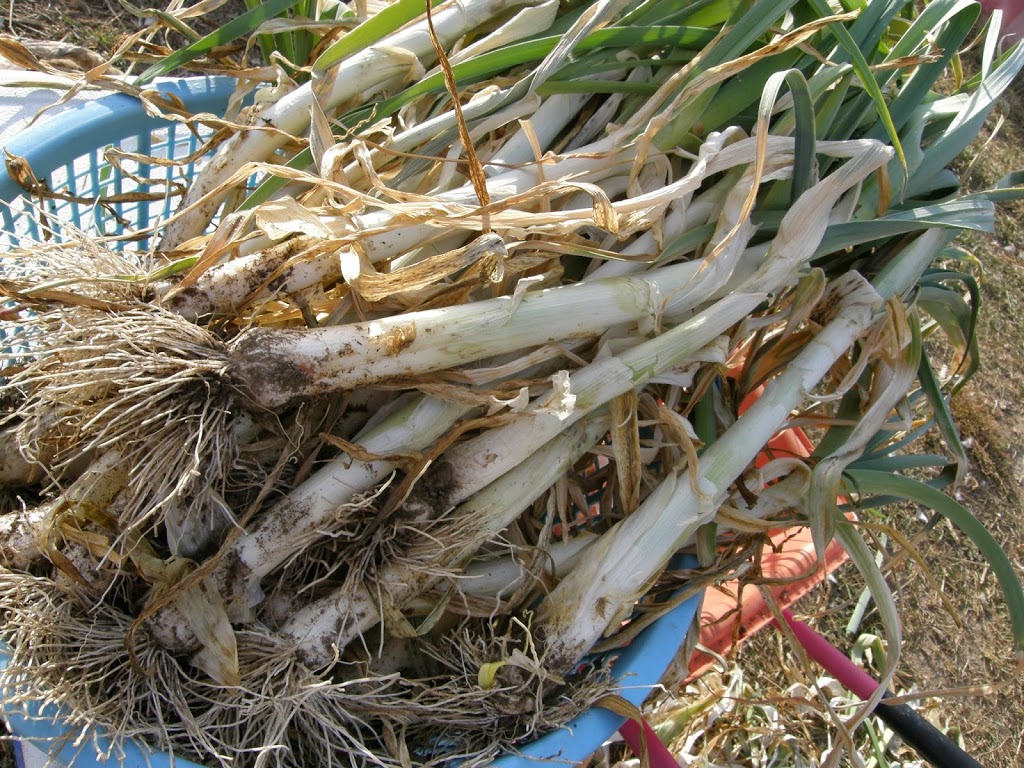 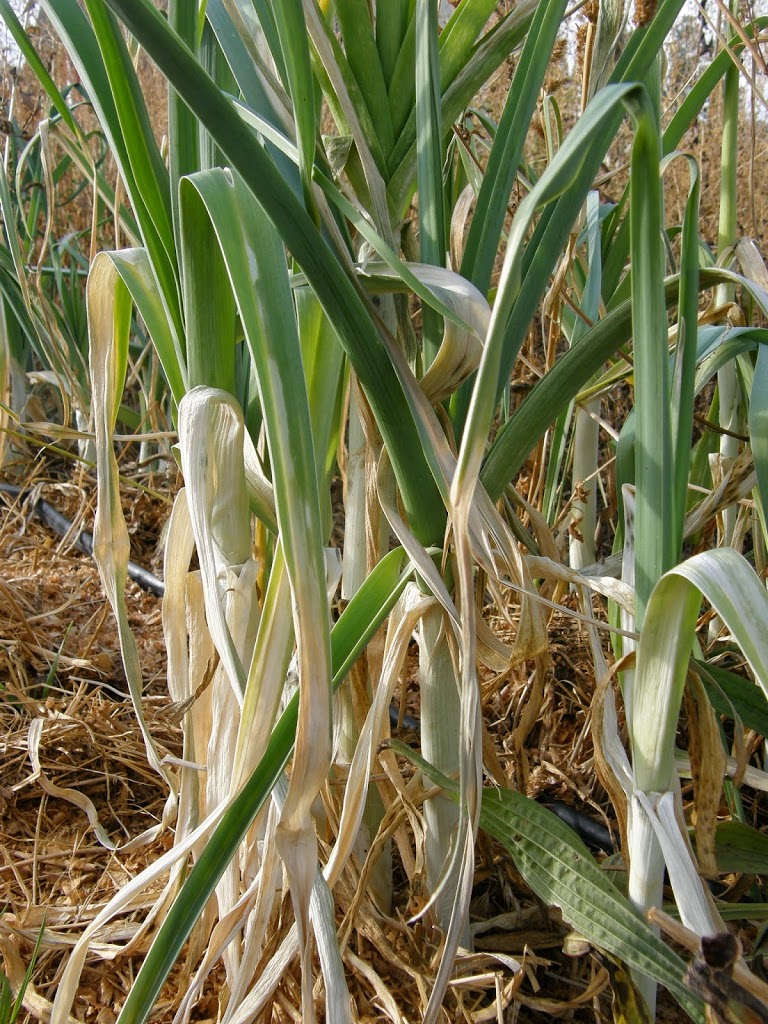 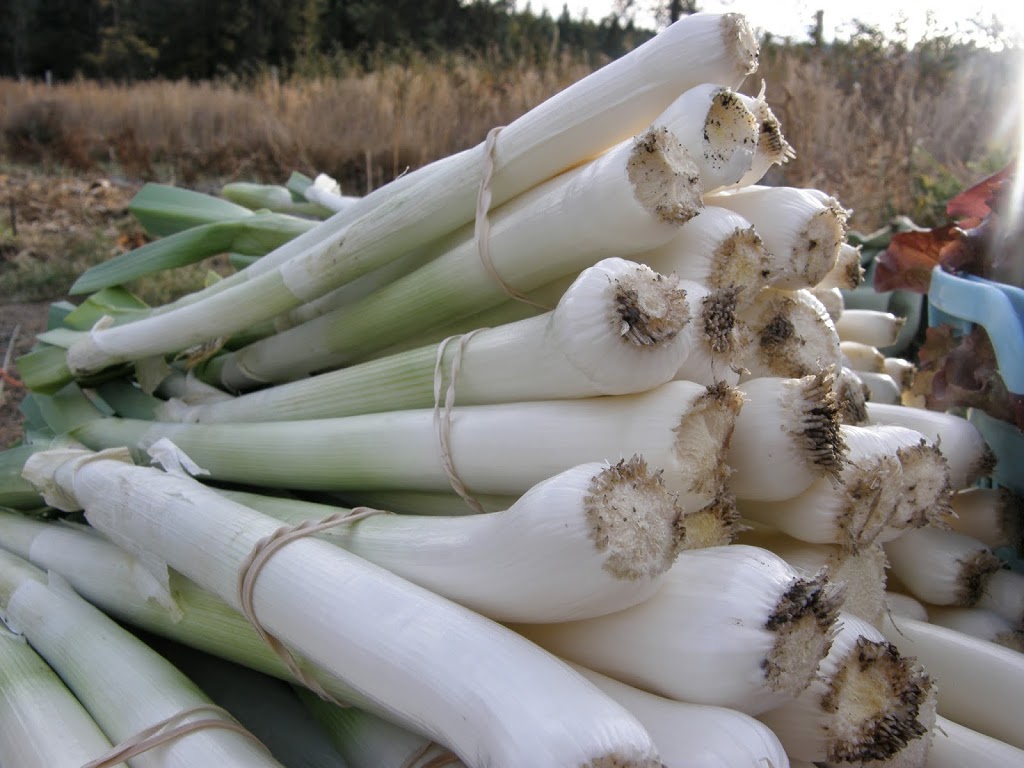