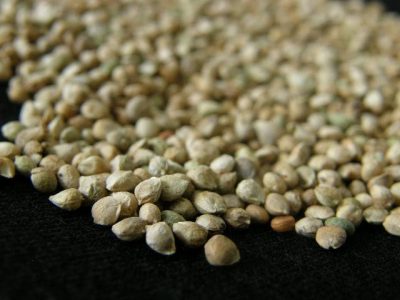 There is much confusion going around about these terms, what they mean and what difference it makes. Often you will hear that heirloom produce is healthier, that hybrids are GMO, that hybrids are sterile and unable to reproduce or that hybrids are bad just because they are bred by man. I hope to clear up some of the misconceptions here.
Open Pollinated– any seed variety that will reproduce true to type. This means that if you were to plant an open pollinated variety of zucchini you could then save seed from those zucchinis, replant them the next season and harvest zucchinis very similar to what you started with. Although you would have to take precautions not to let the zucchini cross with your pumpkins or any other zucchini or you would end up with hybrid seeds which may or may not have desirable traits. You see, open pollinated seeds have a gene pool that has been limited through selective breeding to the point where the resulting offspring are very similar to each other in much the same way animals such as dogs are bred to create specific breeds that will have offspring with characteristics like the parents, these dogs are selectively bred until the gene pool is limited to the point that genetic variability will allow very few options for the offspring. The advantage of open pollinated seeds (and heirloom as all heirlooms are also open pollinated) is they are often more affordable, and if you wish to save seeds rather than buy them it is a lot easier to produce your own open pollinated seeds. The disadvantage of open pollinated plants is that often they will not yield as well as hybrids, or produce the consistency and uniformity that most people have come to expect of vegetables. All seeds Hybrid and Open Pollinated require a certain amount of human effort in their breeding and selection.
Heirloom- there is not a hard and fast definition of this but heirlooms are basically seed varieties that have been around a while and often have been passed down through generations. Heirlooms are also always open pollinated (but all open pollinated varieties are not heirlooms). One advantage of using heirlooms is that of pushing back against seed company monopolies as heirloom seeds are unable to be owned or controlled.
Hybrid- The result of a cross between two different varieties of the same species by means of sexual reproduction. Hybrids happen naturally all the time in the wild as well as in most gardens. There is nothing inherently unnatural about hybrids. That said it is more work to produce hybrid seeds (which is why they cost more), they are carefully bred in a manner that ensures that they are all crossed the same so the seeds will be uniform in genetic makeup. You can save seed from hybrid varieties but they won’t be true to type and you would get a wide variety of plants because while the first cross gives a specific genetic balance subsequent breedings will produce variations in the genetics of the offspring and the fruit from such plants could be excellent or terrible. For this reason most people buy hybrid seeds every year rather than save their own, if you are gardening on a smaller scale and high yields and perfect fruits are not the priority heirlooms or open pollinated seeds may well be your main focus. Hybrids are bred in a way that give the best of two different varieties, they can be bred for various characteristics such as size, uniformity, flavor, shipping quality or storability, depending on what a specific hybrid was bred for tells a lot about it. For example if a plant was bred for storability it may not have the flavor of an heirloom. But hybrid does not always mean less flavor, it all depends on the particular hybrid variety.
GMO- GMO seeds have been manipulated in a laboratory in a way that would never happen in nature. Often DNA of unrelated species has been combined to produce GMO seeds, for example inserting genes from the bacteria BT into corn seed so the plant becomes a poison to corn earworms and other caterpillars. Natural BT is a very safe bacterium used to kill caterpillar type worms as it only will survive a day or two under normal conditions and is completely harmless to mammals and most other animals. But it is somewhat concerning when the BT genes are inserted into a plant where the BT toxin is able to persist and kill in a way it was never intended to in nature. GMO seeds are not allowed in Organic production.
So to recap
Open Pollinated-the product of two plants of the same variety and species. The result will be nearly identical to both its’ parents. Think of a Golden Retriever bred with another Golden Retriever.
Heirloom- an Open Pollinated variety that has been around for a good length of time
Hybrid- the product of two different varieties of the same species, the result will be different from either of its’ parents hopefully carrying the best of each. Think of a Golden Retriever bred to a Poodle.
GMO- usually the product of two different species. Think of a Golden Retriever engineered to have some characteristics of a Persian cat.
article copyright by Andrew Engell 2013